VOYAGE TO THE VIRTUAL, Nordic art, at Scandinavia House, NYC

VOYAGE TO THE VIRTUAL transports the deeply rooted Nordic concept of voyage into the virtual world.

Exhibition Opening: Saturday, January 24, 6 – 8 pm. Voyage to the Virtual, an exhibition dedicated to digital, moving image, and light-based Nordic art, opens at Scandinavia House: The Nordic Center in America, in New York City, on Saturday, January 24, 2015. Combining video, animation, light sculpture, and interactive media, the exhibition takes the metaphor of “the voyage” as a starting point for an exploration into the ways contemporary artists are expanding on the human perceptual experience. On view through Saturday, April 4, 2015, Voyage to the Virtual is curated by Tanya Toft and organized by The American-Scandinavian Foundation (ASF).   Virtual Voyage website

The “voyage” is a concept deeply anchored in Nordic identity. The word evokes ancient journeys into foreign territories, arctic sea travels, expeditions across icecaps and to the far north, and journeys into Nordic myth and worlds beyond our own. It encapsulates our curiosity about the unknown. In a contemporary context, the voyage also encompasses the concept of mediation: between ordinary and uncanny, rural and urban, natural and artificial, real and virtual.

Petra Lindholm, Empty Vessels, 2014. Video with sound, 8 min., 15 sec., courtesy of Galleri Magnus Karlsson . The title of the exhibition, Voyage to the Virtual, suggests a journey to somewhere beyond our physical location. Often when we refer to “the virtual,” we mean something simulated, or artificial—something computer generated. Here, the virtual is explored beyond these understandings and taken as a philosophical concept describing the intuitive passage between perception and memory in which the viewer is not separated from the visual space or image, but rather “enters into” it. The voyage to the virtual is a journey towards a state of being post-human, where we might reach new modes of consciousness from which we can challenge the perceptual ideas that organize our contemporary world.

In the works featured in Voyage to the Virtual, the artists create vantage points from which viewers might reflect on the voyage as a perceptual concept, and embark on journeys into new territories of perception.

Jacob Tækker’s animation Sea of Love (2010) invites the viewer on a journey to the sea where the artist, multiplied, drifts in an orange rescue tube, evoking existential questions about a digital reality. [Video loop with sound. Courtesy of the artist]

Per Platou’s sound and video installation The Works (Wash) (2008)—a rough, unpolished walk across the salt flats of the Great Salt Lake Desert, captured via GoPro—evokes a mythical memory of ancient Nordic nomads crossing the icecap. [Sound with video, 11 min. 30 sec. Private collection.]

.  Petra Lindholm’s video Empty Vessels (2014) follows in the thoughts and footsteps of climbers on the peaks of one of the world’s highest mountains, bringing the viewer on a hypnotic journey into the cultural mindset of today’s goal oriented society.

.  And Katja Aglert’s 32013 Years of Aurora Evolution (2013) simulates the “light materiality” of the northern lights while questioning our obsession with the artificial light that constantly challenges our experience of natural light and phenomena.

. . .  Several works in the exhibition journey into mediated representations of space and abstract architectural and urban realms. Ann Lislegaard’s Bellona (after Samuel R. Delany) (2005), is an installation centering on a 3D animation of writer Samuel R. Delany’s fictional city Bellona, that explores a perceptual architectonic environment, calling attention to the recent expansion of our sense of space and place through computer-rendered virtual environments. [Excerpt from 3D animation, with sound, 11 min., courtesy of the artist and Murray Guy New York]

In Elina Brotherus’ Wrong Face (2012), shot on 16-milimeter film in a Manhattan loft, the viewer enters an intimate psychological space through reflections in mirrors, windows, and the cornea of the eye. [16 millimeter color film, silent, 3 min, 35 sec., courtesy of the artist and gb agency, Paris.]

Moving further into the abstract, in A K Dolven’s video installation change my way of seeing I (2011), the viewer is drawn into the depths of an enlarged close-up shot of the artist’s pupil, as if investigating perception behind the eye. 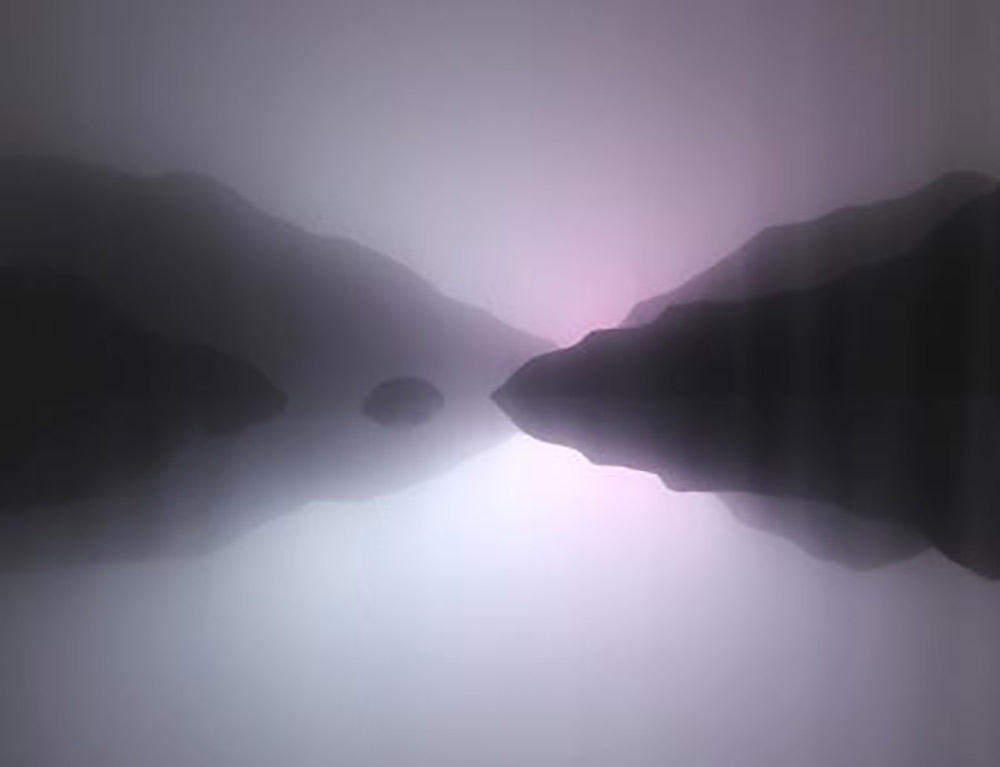 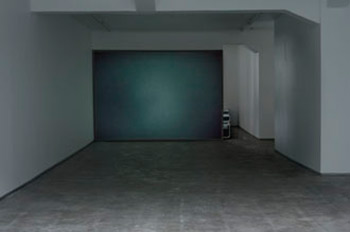 Olafur Eliasson’s Fivefold dodecahedron lamp (2006), is a conceptual exploration of the shape of the dodecahedron, a figural symbol associated in Plato’s philosophy with a fifth element, aether, beyond the classical four. Today, the fifth element relates to a nonmaterial fabric of reality, perhaps a hyperspace constituted by a reciprocal flow of energy and information.

Voyage to the Virtual will be accompanied by a free mobile-audio guide of exhibition highlights narrated by the exhibition’s artists and curator; its own website – virtualvoyage.org – a video project comprised of interviews with scholars, theorists, and artists on the influence and experience of contemporary digital culture; an artist talk and panel conversation; kid-friendly workshops led by art educators; and extended gallery hours with refreshments and new Nordic music once a month. A comprehensive exhibition-related programs release with additional information and background will be available shortly.

Voyage to the Virtual is curated by Tanya Toft, Curator and Ph.D. Fellow at Copenhagen University, and organized by The American-Scandinavian Foundation (ASF). Toft is a New York City and Copenhagen-based curator, writer, and researcher on contemporary practices in (urban) digital art. She is Associate Curator of Streaming Museum and Curatorial Advisor for Verve Cultural in São Paulo where she co-curated the second and third SP Urban Digital Festival at the Galeria de Arte Digital do SESI with Marilia Pasculli in 2013. Toft has co-curated a number of exhibitions for the Streaming Museum and, in 2013 and 2014, curated the moving image exhibition and public program Nordic Outbreak, which traveled to New York City, Helsinki, Copenhagen, Reykjavík, Stavanger, Nuuk, and Umeå. Toft is also a frequent speaker on urban digital art and has been featured in the Huffington Post, Arterritory, and Interview Magazine, among other outlets.

Voyage to the Virtual: Expanded Perception in Digital Art

Co-presented with Eyebeam and Streaming Museum Monday, January 26, 6:30 pm — postponed due to weather

Writing in 1970, Gene Youngblood advocated that artists take up the technologies of the moment—special effects, computer art, video art, multi-media environments, and holography—to expand the consciousness of their publics. The theorist claimed that artistic experience can change us into more aware and self-conscious human beings, and inform new ways of being in the world. Our question today is: How can contemporary aesthetics and artistic experience—enabled by the technologies of the moment—expand our consciousness and help us to change the fundamental concepts that organize our reality, like creativity, technology, sustainability, and collectivity?

Following the exhibition Voyage to the Virtual, this evening engages artists, curators, and critics in a conversation that takes up Youngblood’s quest for the utilization of new technologies in aesthetic experience, and considers the relationship between expressions in contemporary artistic practice, expanded perception, and consciousness.

The American-Scandinavian Foundation (ASF) is the leading cultural and educational link between the United States and the Nordic countries. An American nonprofit organization, the ASF works to build international understanding through an extensive program of fellowships, grants, intern/trainee sponsorship, publishing, and membership offerings. Headquartered at Scandinavia House, in New York City, the ASF celebrated its centennial in 2011. For more information: amscan.org

As the headquarters of The ASF, Scandinavia House presents contemporary Nordic culture through a wide range of programs that encompass the visual arts, music, and literature, as well as business, finance, and technology. Offerings include art, design, and historical exhibitions; films; concerts; lectures and literary programs; symposia; language courses; and programs for children and families. For more information: scandinaviahouse.org | Facebook | Twitter @ScanHouse | #VirtualVoyage